Bruce has specialised in repairing and selling advanced sports bicycles, in particular mountain bikes, for seven years. He also offers a range of high-quality city bikes and children's bikes.

He was raised in an entrepreneurial environment and in a spirit of hard work. His parents made custom windows and doors, and when he was a child, he spent every holiday assisting his parents.

Bruce Vercaemst and his wife Nathalie proudly opened the doors of their brand-new building at Torhoutsesteenweg 139, 8210 Zedelgem in West Flanders on 07/04. The company has been around for five years, and this new building surely promises an exciting future for the business. Keep reading to find out why this is special.

Bruce... from crybaby to Belgian and European champion

Unbelievably, Bruce used to be a mommy's child, but he is now a sporty guy in both meanings of the word. Because of his father's passion, he practised karate for 25 years, including many years at the top level.  He very modestly and silently tells us that he won the Belgian championships four times and the European championships three times. Bruce Lee? That's right, he owes his name to Lee.

“Titeca puts my affairs in order right in time!” 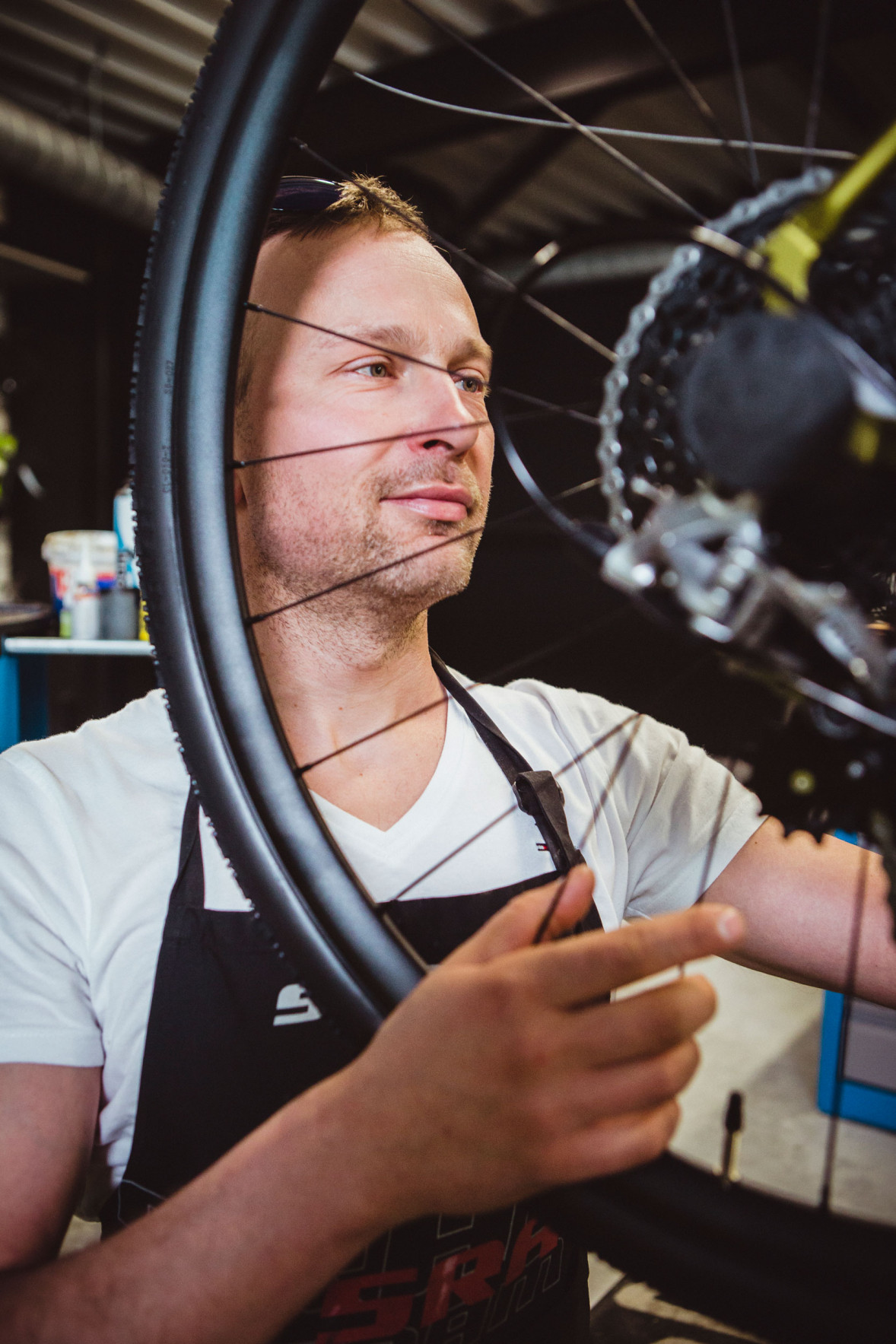 As a child, he developed a great interest in mountain biking. When he was 16 years old, he could no longer restrain himself and bought his first mountain bike, which he always worked on himself. He also reached the amateur level in road bicycle racing. Bruce is very competitive; if he does something, he does it well; a typical entrepreneurial trait.

After a track record of 15 years as a self-employed joiner, he eventually gave in to the cycling bug and went with his gut feeling. He took a bicycle mechanic course even though he was already well versed in the trade. He obtained his diploma and wasted no time. The next day he already had his VAT number and spent his savings on parts and bicycles to start his business from his own garage.

As he participated in cycling races, his business caught on like wildfire through word-of-mouth advertising. One of his customers referred him to Titeca in Roeselare.

This was the tilting moment; after an interview with Titeca advisor Marc, he was given the green light.

Bruce and Nathalie took the plunge and bought a plot of land at a public auction. They were surprised to learn they had made the highest bid. After a long period of sacrifices, hard work, perseverance and determination for the entire family, you can now admire their business in Torhoutsesteenweg.